Published: Jul 27, 2015 · Modified: May 21, 2020 by Melanie McDonald · This post contains affiliate links · As an Amazon Associate I earn from qualifying purchases. · 35 Comments 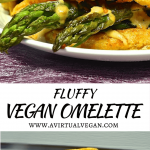 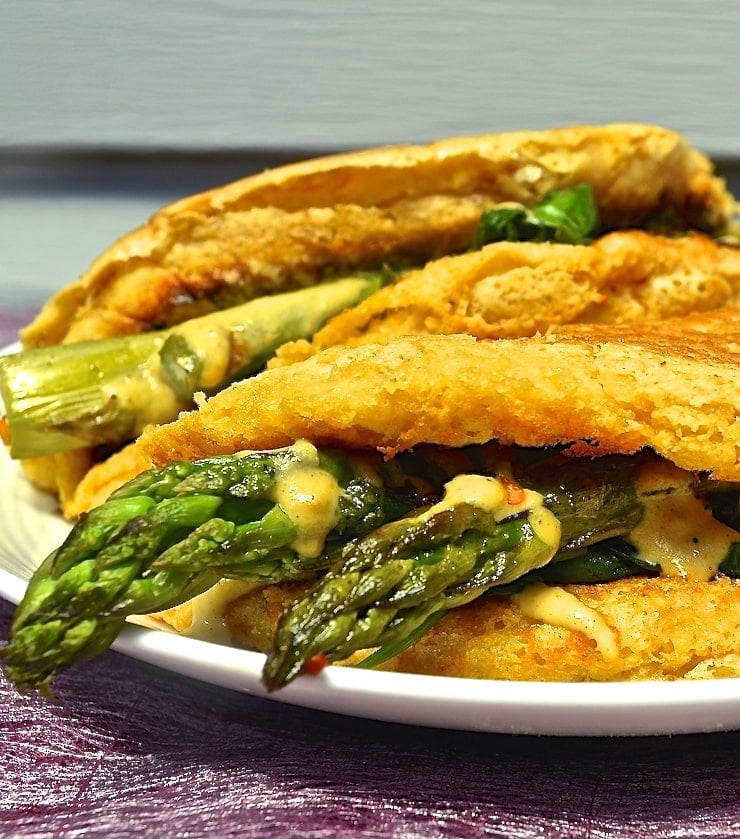 By now you have probably heard all about Aquafaba. If not, where have you been? ;o)

Basically it is the brine from a tin of chickpeas, or garbanzo beans as they are more commonly called here.

I must admit that I didn't like the sound of it at first but once I started seeing the amazing recipes that were being created by my fellow vegan food bloggers I was blown away. I mean just look at these macarons!

Seeing that macaron recipe by Amrita and Levan over at Crazy Vegan Kitchen was my turning point.

I just had to try cooking with aquafaba!

I decided I wanted to go down the savoury route with my recipe creation and ended up coming up with a soufflé style vegan omelette which I stuffed with asparagus, spinach and my Cashew Cheese Sauce. 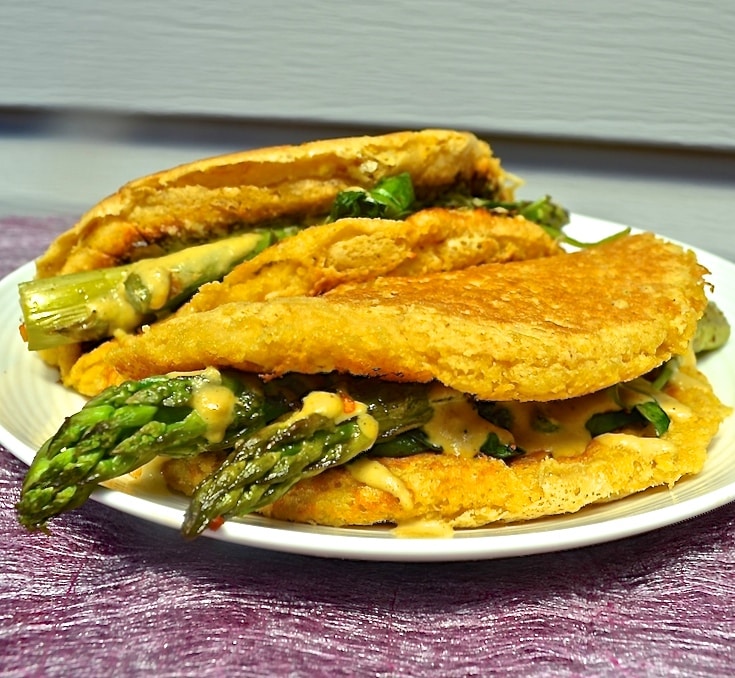 Aquafaba is magic stuff. I still can't quite believe that you can whip it up like meringue. Plus it gives the most amazing results in baked goods like my Oatmeal Chocolate Chip Cookie Bars.

My Vegan Omelette with Asparagus, Spinach and 'Cheese' is light and fluffy with a deep earthy chickpea flavour and is stuffed full of sautéed vegetables and oozy cheese

As well as this Vegan Omelette recipe I have many other vegan recipes that are traditionally egg-based. Check them out and see the power of plants for yourself: 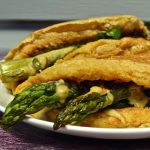 It is normal to see some lumps throughout the mixture when folding the chickpea flour into the aquafaba so don't worry about them. Folding the flour in gradually though will minimize this. It is also normal for it to lose a bit of it's puffiness, but being as gentle as you can will preserve it as much as possible. Nutritional information is for one omelette and does not include the cashew cheese.