JUMP TO RECIPE PIN
5 from 1 vote 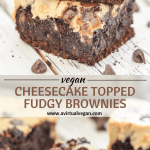 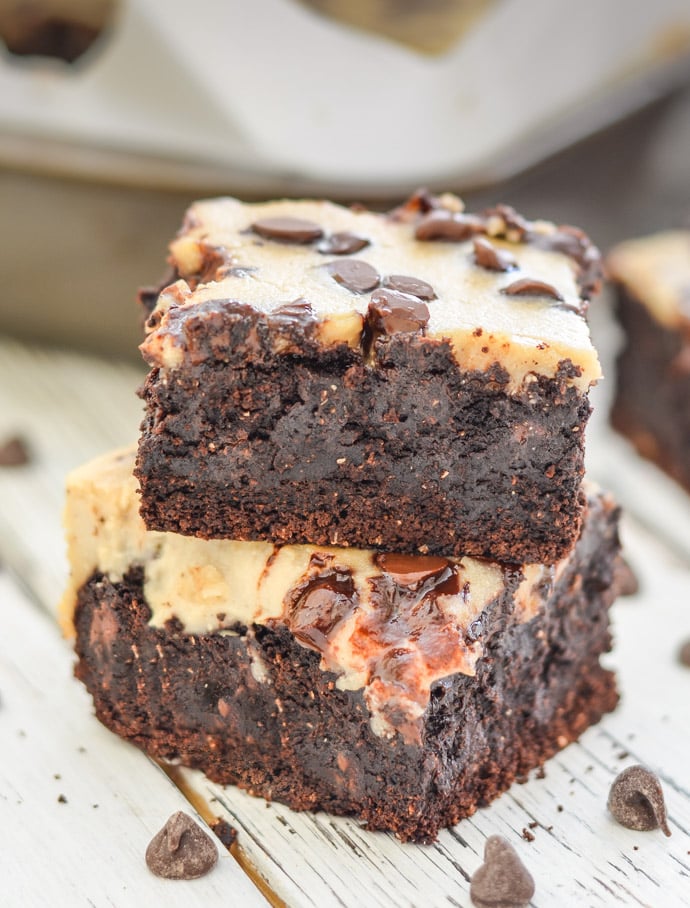 I haven't published a chocolatey recipe since my Vegan Creme Eggs at Easter. For a chocoholic like me that has taken some serious will power. I think I deserve a medal. I'm coming back at you with a good one though. Cheesecake Topped Vegan Brownies.

They are seriously fuuddggyyy and chocolatey and cheesecakey and amazing. I haven't made them for a few weeks now and have been seriously tortured while editing the photos. I just want to eat them all over again!! 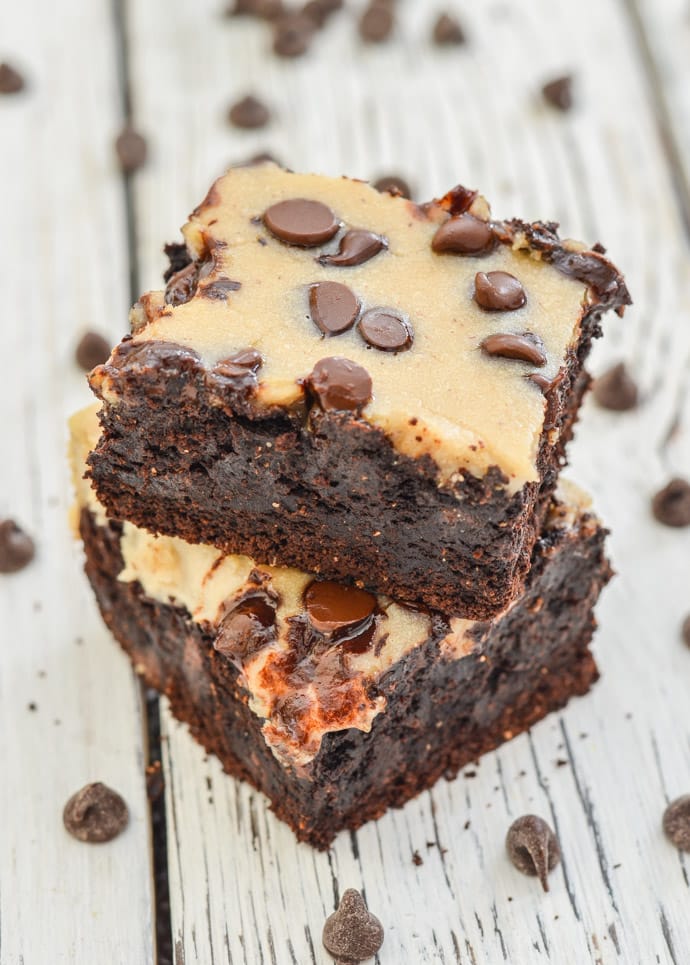 These Cheesecake Topped Vegan Brownies are every bit as decadent as they appear. You're talking a thick layer of super chocolatey, super fudgy brownie, topped with a rich, creamy, slightly tart cheesecake layer, all finished off with a smattering of chocolate chips, because this my friends, is chocolate overload. 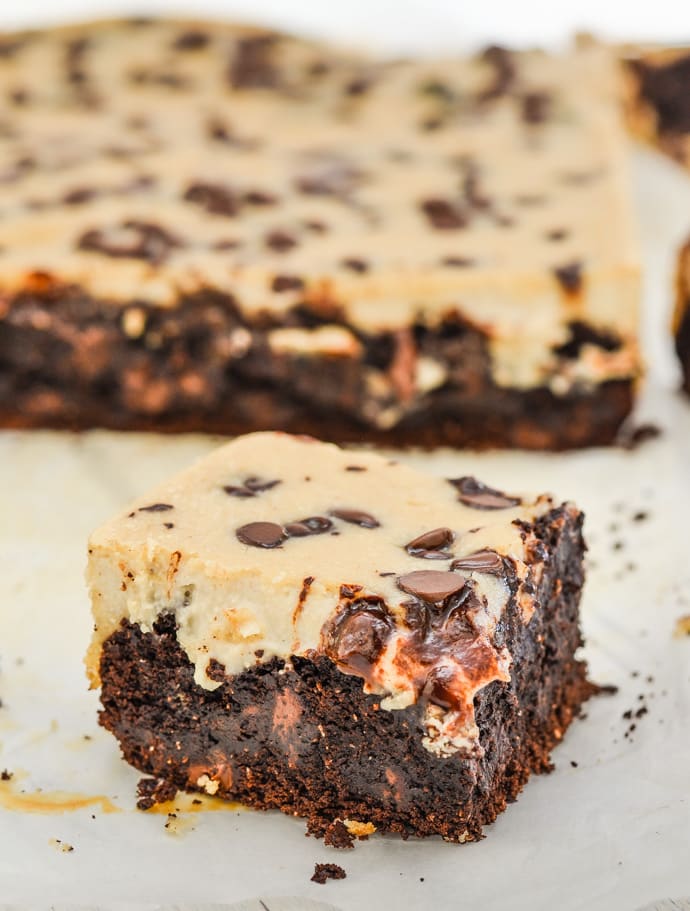 They work so perfectly together because the brownie part is incredibly rich and the cheesecake topping, although creamy, is slightly tart. It kind of balances out the sweetness and cuts through the richness. Um..it's just fudgy chocolate perfection. 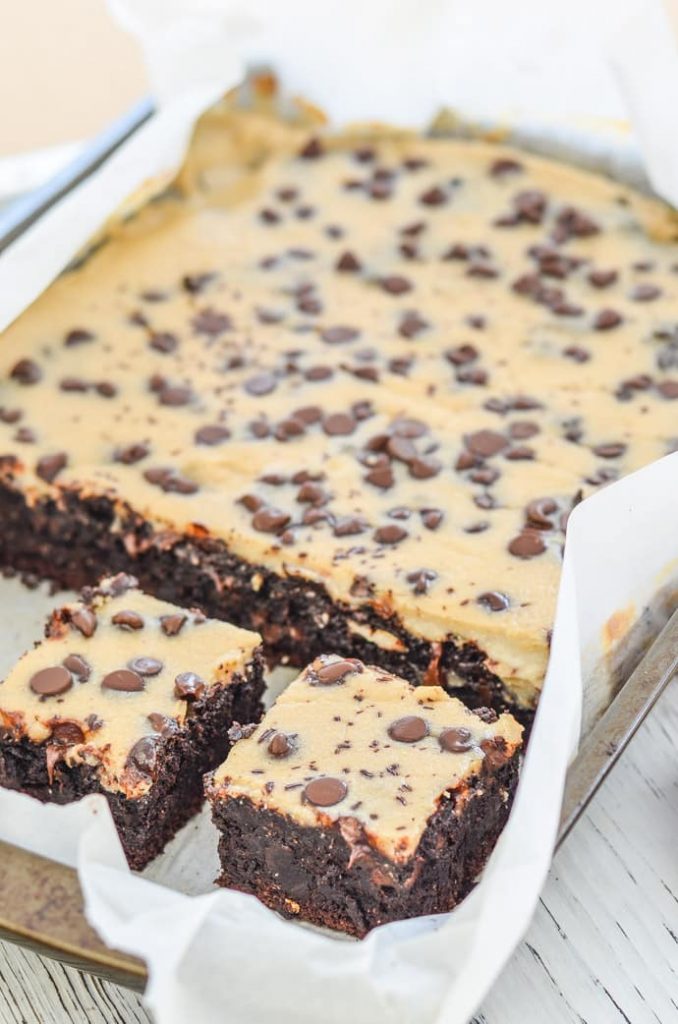 They couldn't be easier to make either. Use your food processor to make the fudgy brownies batter then stir through the chocolate chips before pouring into a pan. When I say pour, I really mean dollop and spread, because that batter is pretty thick. That's what makes them ridiculously fudgy!

Then the cheesecake part is just blended up and poured on once the brownie base has had a head start in the oven. They take no time at all to whip up and they also wont take any time at all to disappear.

And if you love this recipe, please do check out my cookbook, and subscribe to my email list for a fabulous FREE eCookbook featuring my top 10 recipes. Being on the list means you will be first to see my new recipes and you’ll be kept in the loop on all things new and exciting too! 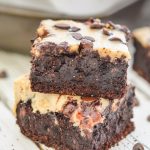 For the cheesecake layer